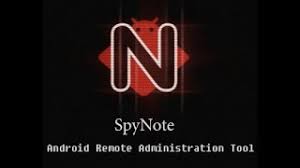 SpyNote 8.6 Crack is a powerful remote administration application explicitly designed for Android-based smartphones and tablets. The Java server and Visual client controller are used. Spy Note immediately removes this screen from the victim’s smartphone after installing Android. Protect user data from prying eyes, encrypt communications between you and your victims, and easily integrate it into another program. Advanced encryption technologies encrypt packets transmitted between the server and the client. Sidify Music Converter Crack

A broad selection of hacking apps and tools are available in SpyNote Crack to control an Android smartphone. However, half of the software and apps are bogus, and the other half did not grant complete access to anyone’s phone. If you’ve had it with these sorts of programs, you may want to try something new. If you are proficient in the java programming language, you should be able to solve specific bugs in the SpyNote software on your own. This program’s user interface is also user-friendly. Due to the software’s minimal weight and power, it performs admirably even on a low-end PC.

A remote administration tool for Android devices, SpyNote allows you to hack and manipulate any Android smartphone. This program provides you with complete control over the victim’s mobile phone. However, using their premium service grants, you have total control over any Android smartphone you own. It is an enhanced version of android rat for remote administration with new and robust capabilities. With this technology, mobile phones may be hacked and remotely controlled no matter where you are located on the globe. I’m merely demonstrating this android rat program to you for educational reasons. IDimager Photo Supreme Crack

JAVA is used to create SpyNote Crack. There are several intriguing aspects to this Trojan generator. However, it becomes less prevalent on the deep web and more mainstream after a short time. You can remotely manage any Android device using SpyNote, a popular remote management app. For example, you’ll be able to access your Android phone in seconds. There are two versions of this program, both free to use. The java-based remote administration tool (Remote Management Tool/Find Access Troy) is called SpyNote.

It gives a broad range of choices for playing on the target device with an easy-to-use graphical interface and is highly strong in its capabilities. However, the free edition of SpyNote for Windows cannot manage the complete mobile phone; however, the premium version does. In addition, you can control all mobile devices using the software’s distinctive UI. One of its finest advantages is running in complete secrecy while on the phone, so other apps cannot see it. The Java server and Visual Basic.NET client controller are used. InPixio Photo Eraser Crack

The full version of the spy note cracks. It was one of the first Trojans to make it past Google’s firewall and warn scientists that it would make it simpler for others to build Android malware in the future. Simple commands and control panels, a la Zeus and SpyEye, were allegedly included. Somewhere in 2014, the source code seemed to be leaked. In addition, however, you may use this program to keep tabs on your girlfriend’s whereabouts on her mobile phone if you choose. It is a robust and OK Android RAT (Remote Administration Tool) that allows you to hack Android devices remotely.

SpyNote Crack is a Java-based program. There are several intriguing aspects to this Trojan generator. Initially, it was trendy on the deep web, but it has now made its way into the real world. For example, you’ll be able to access your Android phone in seconds. The free version of SpyNote does not let you manage the entire phone, but the premium version allows you to do just that. In addition, you can control all mobile devices using the software’s distinctive UI. Use of this Android remote administration tool for illicit reasons is strictly prohibited. Utilize this on your Android-based smartphones. MacBooster Crack

This program makes it simple to keep tabs on your girlfriends via your smartphone and gives you access to several other features. First, however, you may use this program to track your GF’s mobile device. It was pretty popular on the deep web but has become mainstream. Second, SpyNote is well-known as a remote control for Android devices. You’ll be able to get into the Android phone you desire in no time. Finally, two versions of this program are free to use. With this program, hackers and pen-testers may get access to Android smartphones and hack them.

It is impossible to manage all mobile phones with the accessible version of Spigot, but the premium version allows you to control all mobile phones effortlessly. In addition, you can control all mobile devices using the software’s distinctive UI. Because of its robust capabilities and user-friendly graphical interface, it’s ideal for streaming video and audio to various devices. In addition, it may be linked to multiple other applications, such as games or social media sharing programs. It hides from phone applications as one of its functions while running stealth mode. McAfee LiveSafe Crack